Here you can find information about each of the Underdogs, plus other major characters in the series. These descriptions offer background/historical information for each character, but do not spoil any plot points within the timeline of the story.

Antagonists and other characters 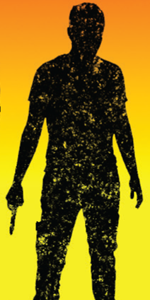 Ewan is the lead soldier of the Underdogs. Having been expelled permanently from six mainstream schools due to “behavioural problems” before being accommodated at Oakenfold Special School, Ewan has been the victim of a long string of adults who saw him as no more than an angry problem child. In truth, his behaviours were caused by anxiety associated with Pathological Demand Avoidance. Now leading the Underdogs’ charge under the guidance of Joseph McCormick, Ewan is finally in a position where he can be seen for his strengths rather than his weaknesses, although he still has much to learn about coping with his condition. 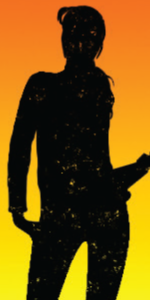 Kate’s transfer to Oakenfold Special School was not caused by academic learning difficulties. She was simply bullied out of mainstream education, by students and staff alike. Left with severe anxiety from earlier years, Kate has learned to fight extremely hard to face the things that make her afraid. Life experience has taught her that she doesn’t overcome her fears by avoiding them, but rather by confronting the hell out of them. Which is a handy habit to have in post-Takeover Britain, where fighting against Nicholas Grant’s clones requires constant bravery.

Charlie is far more impacted by his anger issues than his ADHD; or more specifically, by other people’s reactions to him (not least his former schoolmates who often goading him into exploding). Throughout his time at Oakenfold, Charlie and Ewan have been labelled “The Temper Twins” due to their shared behavioural issues, a label which they have since embraced due to its brotherly feel. Impulse control problems continue to be an issue for Charlie despite his best efforts, although there is no faulting his enthusiasm and dedication to his friends and his missions. 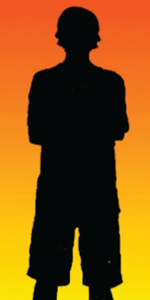 Jack may be a young man who understands computers better than people, but it’s not for lack of trying. Jack is the most loyal and supportive friend one could ask for, who has the ability to come up with ideas that nobody else does – at the cost of missing the really “obvious” ideas. His sense of humour is dry enough to stick to things, and his commitment to his appearance is questionable at best. Jack is noticeably quiet about his reasons for starting at Oakenfold, and his classmates have been respectful enough to not push for answers. 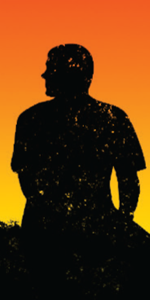 A warm, smiling gentleman like Dr McCormick could never have imagined how much pressure the future would place on his shoulders. Having barely recovered from the passing of his late wife, McCormick found himself at the head of thirty-two men, women and children on Takeover Day, and personally took charge of the ragtag group of survivors who would one day become the Underdogs. The war has since taken a devastating toll on McCormick’s miniature army, with only twelve of the survivors still alive – most of whom being former Oakenfold students. McCormick may have had little experience with special needs before Takeover Day, but he knows a lot about accommodating vulnerable people and has a personal drive to build up the young people in his care. 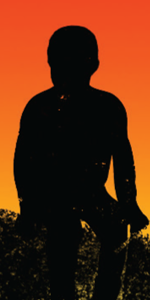 Raj is a spectacular thinker, but has spent his whole life unable to express his brilliance on paper. The severity of his dyslexia means he can barely read a typical sentence, much less write an essay. However, Raj’s self-perception is healthy (perhaps even inflated), because he knows that despite his near-illiteracy, he’s one hell of a detective. Often trying to be the brains of every operation, Raj is a living example of why the world needs dyslexic brains. He even leads weekly Sunday services at Spitfire’s Rise, although it’s unclear which religion he actually follows. 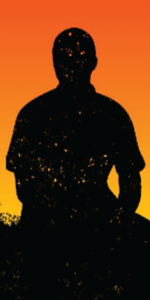 At the ripe old age of 22, Alex is one of the oldest remaining Underdogs. Possibly due to his age difference, his background or his personality in general, Alex makes every effort to be the lone wolf whenever the opportunity comes his way. Always quick-witted with a tease towards his team-mates (whether they take kindly to it or not) and a show-off by nature, Alex gives the impression of a young man who doesn’t take life too seriously, despite his actions implying that there must be a serious person underneath. His friends aren’t quite sure what to make of him, and perhaps Alex prefers it that way. 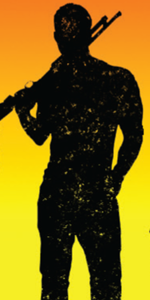 Back at Oakenfold, a mysterious event happened which resulted in Mark spending a year in a youth offenders’ institution. The exact details of it were never made public, and whereas Mark refuses to talk about it, he is all too happy to claim the reputation it comes with. A muscular giant who never has a problem shying away from an argument (or openly questioning Ewan and McCormick’s authority), Mark would perhaps be best described as a loose cannon were it not for his ice cold logic and tactical thinking skills. His philosophies and opinions are harsh yet consistent and well-balanced, even when they are at odds with everyone else’s. 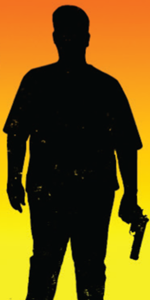 Simon never had a shot at mainstream education right from the start. A whole society made its judgement about his capabilities the moment they looked at his face and saw Down’s Syndrome. Simon is also compounded by being selectively mute, speaking only when alone in the company of McCormick or occasionally Ewan. Sadly, this results in many of Simon’s good ideas being lost due to lack of communication opportunities. On the plus side, now that the Takeover has happened and the old society has vanished, Simon now finds himself in an environment where every free person left in Britain respects and values him. 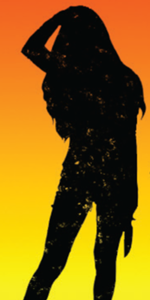 Gracie grew up as something of a social chameleon, willingly changing her personality and character traits for the approval of other people. It’s unclear how much of this is down to growing up with learning difficulties, or peer pressure from other teenage girls, or just the laziness that Gracie was renowned for at Oakenfold. Either way, she is happy to morph between personalities depending on what she believes other people want her to be like, whether attempting to duck out of important duties or as an act of social self-defence. 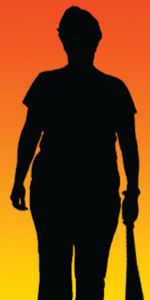 Compassionate but ruthlessly uncompromising, Lorraine is a no-nonsense former stroke unit nurse who won’t put up with anyone’s crap. Her previous life experience helps her fit perfectly into her post-Takeover role: a non-combat Underdog who lives in the clinic at Spitfire’s Rise patching up broken soldiers. Her lack of flexibility in her opinions would be a disadvantage in a world where everything is very fluid, but in her defence she is usually right in most circumstances.

Thomas may be far too young to engage in combat against clone soldiers, but he contributes to the Underdogs in his own way. The boy is more than just a humorous child who doesn’t let the post-Takeover world dim his bright personality: he is the one person who can effortlessly light up Spitfire’s Rise and bring morale to a population of war-weary teenagers with additional needs. Orphaned four months ago by the assassin Oliver Roth, Thomas is a surprising demonstration of resilience in the face of misery.

Antagonists and other characters

Nobody is quite sure how Nicholas Grant became a household name so quickly. The son of oil tycoon Francis Grant, upon his father’s death he left the oil industry and its riches altogether, cashed in his wealth and used it to buy a private security company called Marshall-Pearce Solutions: which, several years later, would become vital to Britain’s domestic and international defences. Following a full-scale takeover of Great Britain using his millions of cloned soldiers, Nicholas Grant is rarely seen below his living quarters of Floor A at the top of New London Citadel, and his motives in enslaving his country remain as unclear now as they did on Takeover Day.

Even at fourteen years old, Oliver Roth is a frightening figure. Having killed eight of the Underdogs personally during the eleven months since Takeover Day, his name strikes both fear and disgust into the hearts of the survivors. Notoriously sadistic and defining his worth by the scalps he collects, this teenage red-haired warrior is the school bully who never had a chance to grow up and realise that real life isn’t like the schoolyard. More than anything else, Oliver Roth is the devastating result of a young man who lives in perpetual luxury without boundaries, discipline or role models.

Iain Marshall had a successful twelve-year career in the British armed forces, leaving with an honourable discharge, before spending the next eight years as an arms dealer in the world’s most dangerous war zones. Once his influence began to fade, Marshall decided to quit while he was still alive, and turned to a boring life in the countryside with a wife and two children. He launched Marshall Contractors – later Marshall-Pearce Solutions – before an eccentric man by the name of Nicholas Grant walked in and bought his whole company. Years later, Iain Marshall is one of the most powerful men in the world, yet near friendless and deeply uncomfortable living in a society under Grant’s control.

Following a wobbly career in pharmaceuticals, Pearce was rescued from the teeth of bankruptcy by his childhood friend Iain Marshall, who created a scientific position in his private defence company just for him. After the buyout by Nicholas Grant (and the revelation of what the man intended for the future of Great Britain), it was not long before Marshall and Pearce began to grow a deep distrust for each other. While Marshall plotted Takeover Day, Pearce designed the clone soldier: a fully functioning artificial human that could be grown on an industrial scale. Despite his lack of friends and the natural risks of his job, Pearce remains perhaps a little too keen on his work: not least the sides associated with biological experimentation.

Keith Tylor is the most highest-ranking man in Nicholas Grant’s army with the sole exception of Oliver Roth: fearsome, controlling, and with excellent combat instincts. His devotion to the job speaks volumes about his personality, although he remains capable of good judgement even when in his most sadistic moods. 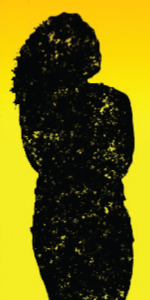 None of the Underdogs know who on Earth this young woman is, discovered running through the Hertfordshire countryside and either incapable or unwilling to reveal her story. All the Underdogs know is that she is very important to Nicholas Grant’s team, as Keith Tylor was personally sent to escort her from New London. Although few in McCormick’s miniature army are prepared to trust her, there is no denying she knows a thing or two about New London that will prove extremely useful.

The first chapter of Underdogs can be found here.

Digital versions via Unbound (for all readers)